In the flurry of news yesterday from the Microsoft Partner Conference, MS Inspire, the big news of the day was undoubtedly about Windows 365 or as it has been dubbed for the last few months Cloud PC. Microsoft have announced it as a new era in hybrid personal computing, but what does that mean and where does Azure Virtual Desktop sit in all of this. Both Windows 365 and Azure Virtual Desktop (AVD) are Desktop as a Service (DaaS) offerings, but how do they differ, and what is right for my business?

The easiest way to describe Windows 365 is as a subscription-based cloud PC service. When you subscribe you get a remote Windows desktop that can be accessed through any modern web browser. A Windows 365 cloud PC is your personalised desktop, apps, settings, and content streamed securely from the cloud to your devices. This all sounds good but it sounds like Azure Virtual Desktop, so what is the difference?

There are several core differences between the products and the use cases are slightly different for each, the main differences are:

Windows 365 is built on a fixed price model whereas Azure Virtual Desktop is on a consumption-based model. What that means is that with Windows 365, you pay a monthly per-user fee, the machine will be always running and there will be no hidden infrastructure costs. Compared to an Azure Virtual Desktop deployment, which may require additional components to function, and you could spin up and down to save money.

As Windows 365 is a fully managed environment, it runs in a Microsoft Managed Azure subscription, compared to Azure Virtual Desktop, which requires all customer components to be contained within a Customer-owned Azure Subscription. This means that a customer will not have direct access to manage the VM Resources, but also they do not incur any associated running costs for running Cloud PC’s.

At present Azure Virtual Desktop requires Active Directory Domain Services to ensure machines are joined on to the domain (either existing domain services or through Azure AD Domain Services), although support for Native Azure AD Joined is coming and in preview at the moment. Whereas Windows 365 Enterprise requires Hybrid Azure AD Join, meaning that you need to sync AD to Azure AD and enable Hybrid Join, and Windows 365 Business are natively joined to Azure AD with no support for Windows AD and Azure AD DS.

The admin experience is where some of the bigger differences start to appear, as Windows 365 aims to simplify this process. There are even differences between the versions of Windows 365 as well. With Azure Virtual Desktop, all the components are managed through the Azure Portal or Powershell, or third-party tools. Whereas Enterprise cloud PCs are managed through existing toolsets such as Microsoft Endpoint Manager (MEM), in the same way, a physical device would be managed, this allows admins to perform tasks such as rebooting the device or making changes to Windows and the applications deployed. In Windows 365 for Business, there is a difference in that the management of the device falls with the end-user assigned to the device, so these devices do not have a dedicated management portal, they can’t have policy or applications to them.

This also continues on the same path with Image Management, as with AVD you can use all image types (Azure Marketplace, Custom Images, and Shared Image Gallery Images). Allowing you the flexibility within your environment to control the updates or applications on your image. Windows 365 Enterprise does offer the ability to use custom images stored in a customer’s Azure subscription, alongside the Microsoft-provided images for Windows 10. Windows 365 Business however does not support any custom images and you can only use the Microsoft-provided images.

User Profiles are another area of significant difference, with AVD leveraging FSLogix for user profile management, mainly aimed at the pooled approach to enable the ability to roam between session hosts, it is also useful in the personal approach as it provides a profile backup option. With Windows 365 cloud PCs they do not leverage FSLogix as all the profiles are stored on the C: Drive, although this allows for simplified management (no additional storage to maintain), it can present a challenge around how user data is backed up.

The key is that both these products have a place in the market and although there is some overlap they actually all tackle different use cases.
Some examples of Windows 365:

With Windows 365 just being announced and due to be launched on 2nd August 2021, there is already a load of information being released through Microsoft and some of their partners. Some of the best information so far is in the following links: 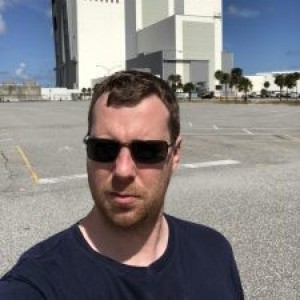 A round up of the announcements from the Windows Virtual Desktop Master Class. With news about Discounts, a new certification and loads of great product features